For this week I want to write about what I did over spring break since today is the first day back! This spring break a couple of friends and I went to Colorado to visit Rocky Mountain National Park, Denver, and the other surrounding areas. We had a lot of fun and tried to stick to areas where there are not a bunch of people. Rocky Mountain National Park was gorgeous and the hike to get to the destinations were brutal. We were woefully unprepared so we were sliding all over the place. One of the biggest problems we had were the footwear that we chose to wear. We kind of figured that tennis shoes were going to be OK as none of us other than one had actually been to the park before and he had only been in the summer. As a result, we didn't know that the packed snow is basically ice. We slid all over the place. The views and scenery were worth it though. Below is a picture of me and my friends in the mountains. 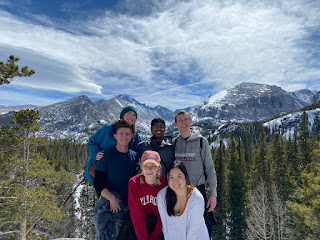 My friends and I in Rocky Mountain National Park!
Posted by Srikar Kommareddy at 12:41 PM 2 comments:

For this week I watched all the Epified videos on Krishna on the two playlists. Krishna is a god that was born into the mortal world. A cruel King named Kamsa basically tries to stop him from being born by killing all the babies that are born. He does this to 7 but on the 8th one Krishnas father swaps him with a girl so that when Kamsa comes he laughs asking if a girl is going to kill him. The girl transforms to Durga and reveals that his killer has already been born and would come to him when he was ready. As Krishna grows up he gets the label as a naughty child.

In the second part of the reading for this week we have assorted examples of a grown Krishna performing divine things. An example of this is how when Brahma stole his friends and the cows, Krishna remade them using himself. Another good example that I think I might write about is Krishna riding Hastin. Krishna manages to ride the bull by being nice and feeding it, not by sheer force like other people have. 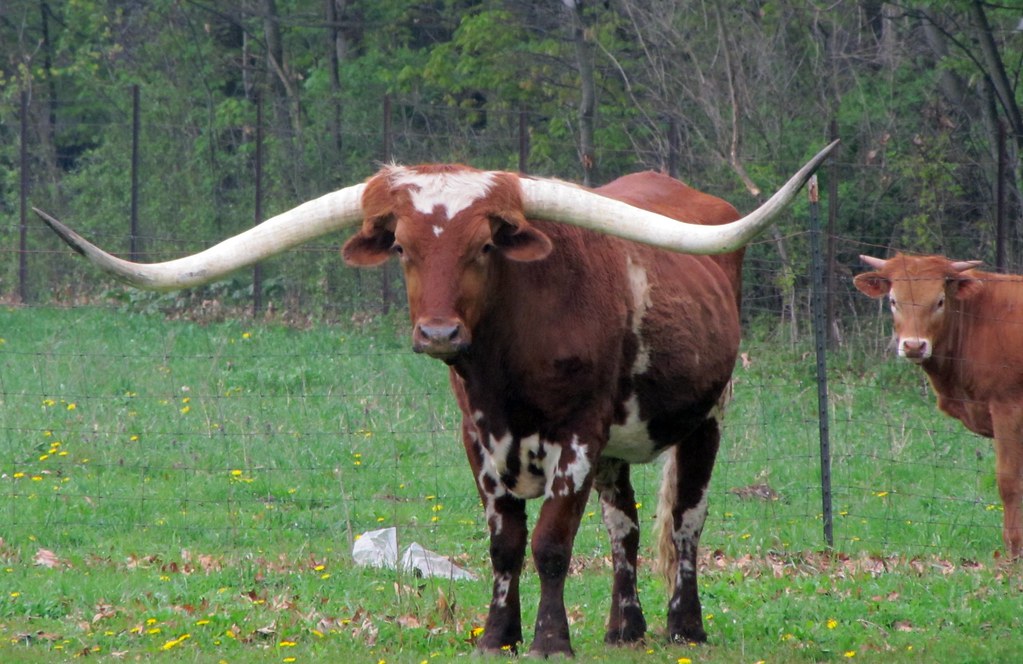 Virus: For this week I wanted to learn a little bit more about the thing that is causing so much change in our daily life. This is why I read a little about what a virus is.

Corona-virus: From there, I navigated to the page for corona virus. This is a specific type of virus that is commonly found in humans and birds. In humans it causes an upper respiratory infection.

SARS-CoV-2: This is the strain that is currently causing the coronavirus pandemic in the world. This specific strain has very close similarities to a strain found in bats, indicating that bats might be the origin.

Coronavirus disease 2020: This page is all about the current pandemic. Currently the death rate is at about 4% but can increase closer to 15% in older or already immunocompromised populations. There are confirmed cases on all continents but Antarctica. 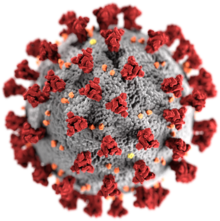 A Picture of the Novel Corona Virus
Source

For this weeks learning challenge I looked at assorted exercise that I can do without getting embarrassed. I think I am going to do the neck stretch the most. I find that if I am staring at a screen for an extended period of time I tense my neck up and it gives me headaches. I can take a couple of minutes every hour to do this and hopefully prevent the headaches before they occur. 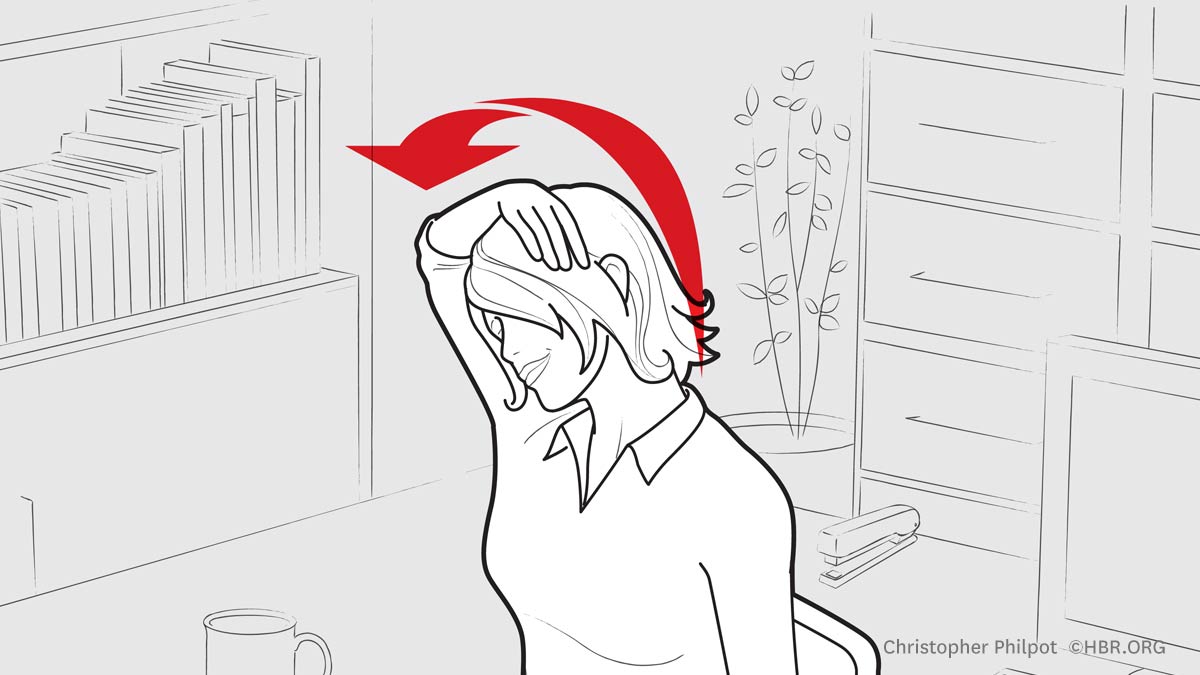 The Neck Exercise
Posted by Srikar Kommareddy at 4:40 PM No comments:

One of the biggest cases of where having a growth mindset is helpful is when you are learning to play a sport. I keep this in mind every time that I  go and play basketball with my friends. Even though I might not be the fastest or the best at shooting, I remember that it is a team game for every time that I mess up and turn the ball over, that is a learning opportunity and I know what not to do for next time. One thing that really helps is that I always play with friends so they know what to expect from me and how to play to each other's strengths and weaknesses.

Source
Posted by Srikar Kommareddy at 4:34 PM No comments:

Weary from sun, shade was underappreciated.

Two weary travelers stopped under a tree. They complained that the tree didn't provide anything, when in reality its shade is what they were using.


Authors Note: This microfiction is an adaptation of the story "The Plane Tree" from Aesops Fables. The moral of the story is that sometimes the most obvious blessings are the most underappreciated.
Posted by Srikar Kommareddy at 4:22 PM No comments:

Week 9 Story: The Gang Gets Drowned

Kong opened his eyes and took a deep breath in. It was a bright early morning on the banks of the Nile River and Kong was ready to take on the day. Today was the day his wife, Nile, was expecting their first child. Kong was excited as he did not have any kids and it was expected that this first child was a boy. Little did he know, his day was about to take a turn for the worse.
As Kong walked to the nursery, he spotted a lone Nile crouched by the bank of the river. In her arms he saw a small figure, wailing with furious intensity. As he looked more closely he saw Nile drop the child into the river and saw him get swept away by the strong currents of the Nile River.

Kong called out in shock and fear. "Nile! What are you doing that is our firstborn son. He is destined to be the next ruler of our kingdom!" Startled, Nile whipped around wondering when Kong had arrived.

"Remember the promise you made to me the day we married? The promise that you would never question me or ask me why I am doing what I do?" Defeated, Kong turned away and sobbed as the wails of his son faded away, down the river.

The years came and went and Kong watched his next six children all meet similar fates but when it came to the eighth child Kong could no longer remain silent.

"Nile I can not sit quietly while you systematically drown all of out children! At least tell me why. Why are you doing this."

"Oh my king it pains me as much as it pains you, to watch your children get swept away in the same river that gives our kingdom life. Long ago I swore an oath. This oath said that I would give birth to the eight Vasus who were cursed to live mortal lives. I swore that when they were born into their mortal lives I would immediately kill them and release them from the curse." Frustrated, instead of drowning the last child, Nile took the child and left. 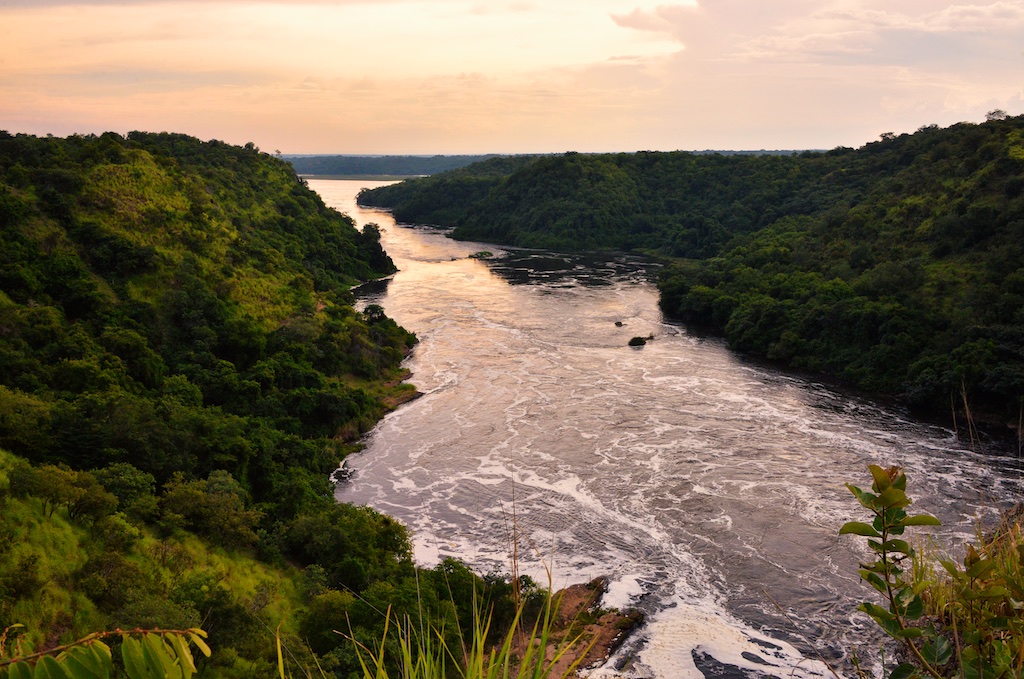 The roaring banks of the Nile River
Source

Authors Note: In this weeks story, I focused on the beginning of the Mahabharata. I drew my information from the first Epified video. I find that these videos are excellent to start as a foundation because they are short and sweet. They don't focus too much on the minute details so you can fill in these parts.

Posted by Srikar Kommareddy at 2:52 PM No comments: